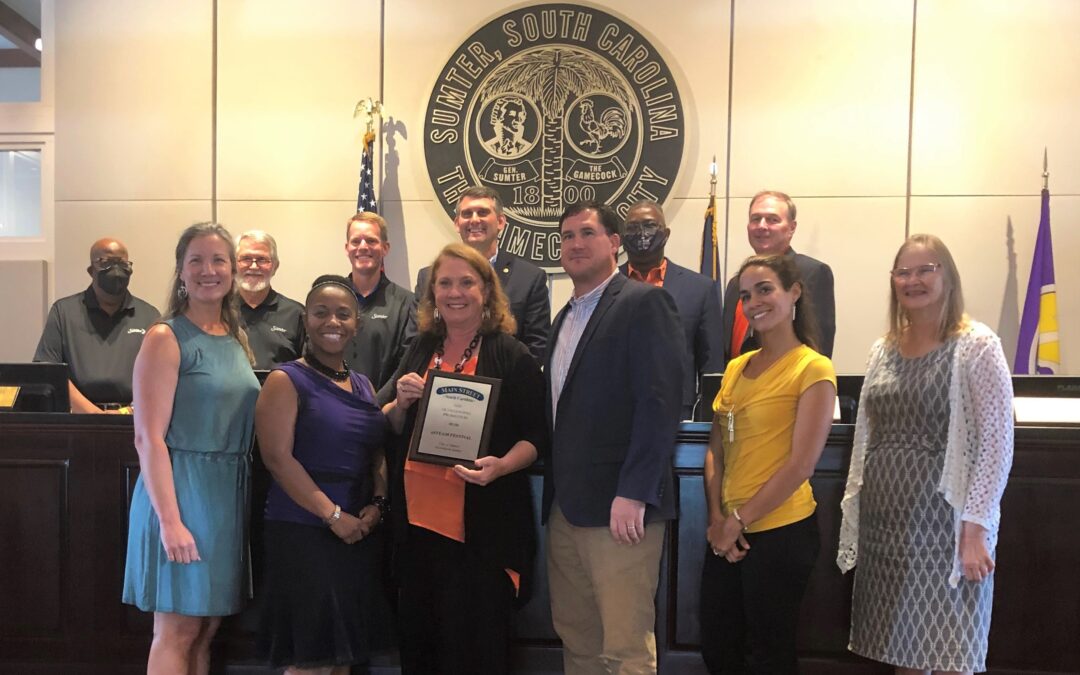 Main Street South Carolina recognized Sumter’s eSTEAM Festival with the Excellence on Main Street Award. This award recognizes the top project from among the winners in the five categories of the annual Main Street Inspiration Awards.

The eSTEAM Sumter Festival in downtown Sumter celebrated a program that brought together pre-K and K-12 schools as well as universities and tech schools to promote STEAM, also known as science, technology, engineering, arts and math.

The eSTEAM program began when efforts to stage job fairs and manufacturing expos showed to the city that many students and parents did not grasp the range of available career opportunities in Sumter. As a result, city staff sought out businesses and organizations to plan the eSTEAM Sumter umbrella program.

The program highlighted career paths and aimed to increase the talent pipeline. In doing so, it sought to dispute the idea that success requires at least a four-year degree. By creating more buy-in from a wider range of audiences in the community, eSTEAM sought to contribute to Sumter’s broader economic development efforts, from expanding workforce development through the local technical college to infrastructure investments undertaken to attract and retain employers.

Funding came from workforce development organizations like the Regional Economic Development Alliance, Sumter Chamber of Commerce, the SC Department of Commerce Workforce Division and the city. The city and the Downtown Sumter program were also involved in every step of the process from planning to logistical support during the festival.

“The City of Sumter and Downtown Sumter have done it again. They have used public-private partnerships to bring even more educational opportunities to kids in their city,” said Jenny Boulware, Main Street SC manager.

Main Street SC is a program of the Municipal Association of South Carolina. It empowers residents, business owners and local officials with the knowledge, skills, tools and organizational structure necessary to revitalize their downtowns and neighborhood commercial districts into vibrant centers of commerce and community.